This post is a follow-up to an earlier post, So glad I said yes. If you haven’t read it, you might want to as it provides some context for this post, but you don’t have to.

Today’s post is to share with you some photos of my road trip across the continent when I moved from Calgary, Alberta back to St. John’s, Newfoundland and Labrador with my dear ol’ Dad. Calgary is Cowtown, as it it sometimes affectionately referred to, and St. John’s is Fog City because of a restaurant there took that name in homage (or perhaps to spite?) a regular feature of the climate.

Without further ado…let’s get this show started!

Caveat: The map isn’t 100% accurate. Unfortunately, even though I adjusted the map to more closely represent the route we took, it didn’t save any of the changes. While it isn’t our actual route, it will help you to see the scale of this trip.

Next, some pictures from Dad’s arrival in Calgary to our two-night lay-over in Winnipeg, Manitoba, where a couple of friends of mine, Rob and Chris, were wonderful hosts. I had been a couple of times before so for this visit they went out of their way to make sure there would be things Dad would enjoy. And he did. There were so many parts of the prairies that he loved. He had never seen such massive, oceanic farm fields before and if I had a dollar for every time he said, “Look at the wheat! That’s wheat! Look at it!” I’d be able to retire. It was so much fun to see a 71-year-old man look at things with the wonder of a child – something we all need to do more often.

Dad visiting with an old friend and former teacher of mine while in Calgary.

An oil well along the highway in western Saskatchewan.

One of our quick stops was in Moose Jaw, Saskatchewan. 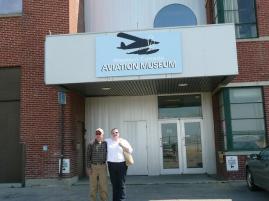 Dad and me at the Aviation Museum in Winnipeg. A couple of friends of mine toured us around and made it a wonderful stop-over for Dad.

Dad was a teacher and when he retired he went back to school to become a marine engineer. He loved all things engine-related and figuring out how things worked. 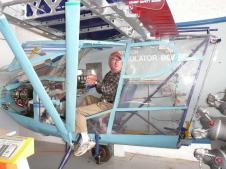 You can really see his curiosity here!

Dad at Louis Riel’s grave in St. Boniface, a part of Winnipeg.

Some hoop dancing in Winnipeg. Dad loved it.

Next up, our stop in Ottawa and a snippet of upstate New York. We took advantage of the chance to visit with one of my brothers and his girlfriend on Ottawa. (Another brother who lives there was away at the time…I can’t remember why.) From Ottawa, we headed south to the States – into upstate New York, where we spent the night in Canton, NY. We drove over Lake Champlain into Vermont and then to New Hampshire, where we spent another night.

A beautiful garden on the Mackenzie King Estate in Gatineau Park, Quebec

My brother Albert, Dad and me as we were getting ready to leave Ottawa 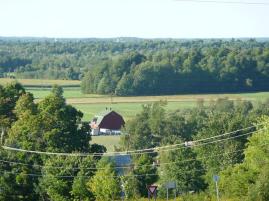 A pretty scene near Canton, NY 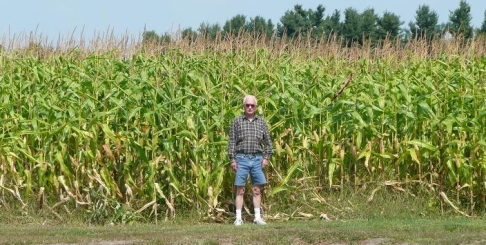 A corn field in upstate New York. Dad was amazed at how tall the corn was.

The bridge that crosses Lake Champlain to bring you from New York state to Vermont. It’s an absolutely beautiful area.

The final leg of our journey saw us in Bar Harbor, Maine. At the time, there was a ferry from there to Yarmouth, Nova Scotia so that’s why we were there. It’s a beautiful place in its own right, though, so I recommend visiting if you get the chance. We stopped overnight in the Halifax/Dartmouth area and visited with a couple of my best friends from high school. From there we headed to North Sydney to catch the ferry that would take us to Argentia, NL, which would leave us with only one and a half hours of driving till home sweet home! 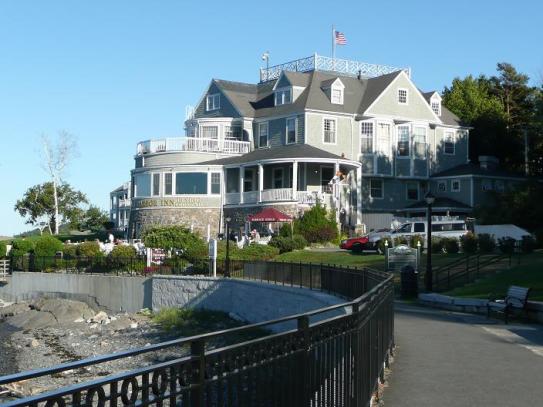 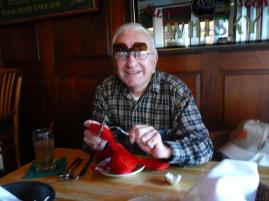 Dad waiting for his real lobster, putting the stuffed on at risk.

The real one arrived just in time. Dad loved lobster and was excited about this meal because of everything he had heard about Maine lobster. Unfortunately, it did not live up to the hype. (He managed to “suffer” through it, though…)

Dad as we wait at customs in Yarmouth, NS.

Cape Breton Island is absolutely stunning. You could stop anywhere, close your eyes, point your camera anywhere and get a beautiful scene. 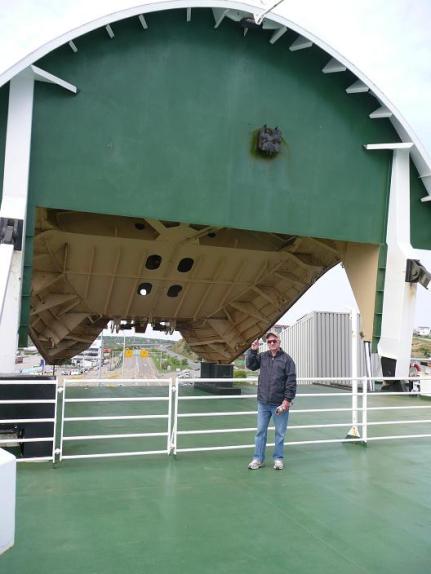 Dad on the ferry that would land us in Argentia, Newfoundland, after a 13-hour, overnight voyage. Dad, always curious, wanted to watch as the bow closed before we left port.

While the trip is technically over by this point, it wouldn’t be right not to include a picture of Dad proudly displaying his catch of salted cod, drying on the line. 🙂 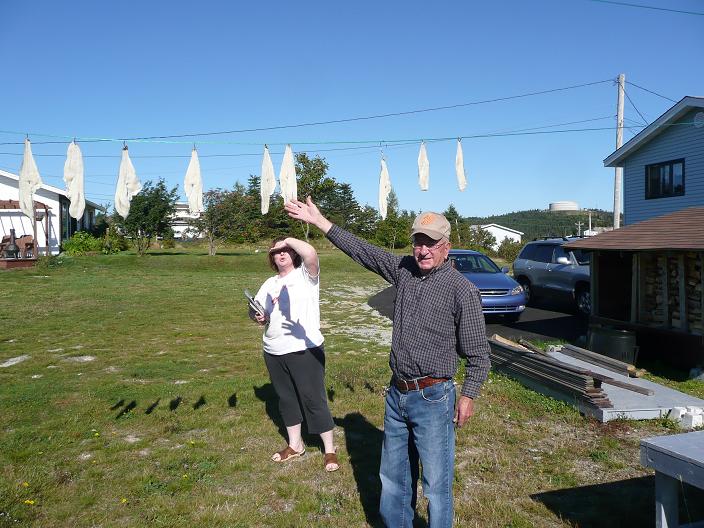 Dad and my sister-in-law admiring some cod he had caught and salted, as part of the food fishery. Paradise, NL. (There has been a moratorium on commercial fishing of cod since 1992.)

2 thoughts on “From Cowtown to Fog City”