I’ve lived in Ottawa for six and a half years now. Six and a half years and I had never been to this park before a couple of weeks ago. What’s worse is I have driven past it on my way home from work every day for the past three months. It’s not even out of the way. The entry to the park is literally on my regular commute home. Yup. True story.

I was just in too much of a hurry to get home at the end of the day so the closest I got was saying, “You know, Lucy… you really should check that place out. It’s beautiful!”

Well, at the beginning of June I found out that I would soon be changing work locations so I knew the clock was ticking and I needed to do it soon.

I know…I know… That doesn’t really make complete sense because I could go there anytime – it’s not like there’s some crazy municipal by law that only allows people to go there at the end of the work day. But here’s something important to know about me: I’m forgetful. “Out of sight, out of mind?” That’s me. Every day I would say I need to go there and by the time I got home 40 minutes later, I would forget about it till the next day on the way home.

But because I knew it would soon no longer be part of my regular commute, I made an extra-special effort to remember and actually made a plan to go on Friday, June 15. Yay me!! What’s even cooler than remembering to make the plan is that I remembered to follow it! Can I get a Woot! Woot!!

And, no surprise, I am so very glad I did. Not only is it visually beautiful, there is also the  roar of the rushing water of the falls. It was a bit too hot for me, so I didn’t stay for long, but I can totally envision me spending some chunks of time there in the fall, with a book, surrounded by the trees in all their autumnal splendor!

As you may have noticed in other posts, I am not a professional photographer nor do I play one on TV. As such, these pictures don’t really come close to showing you the real beauty of this park. However, they’re good enough that I think you’ll get the picture. (Bah ha ha haaaaaa – see what I did there???)

OK…No more corniness, I promise… here are the pictures and remember, “Take time to stop and listen to the waterfalls.” 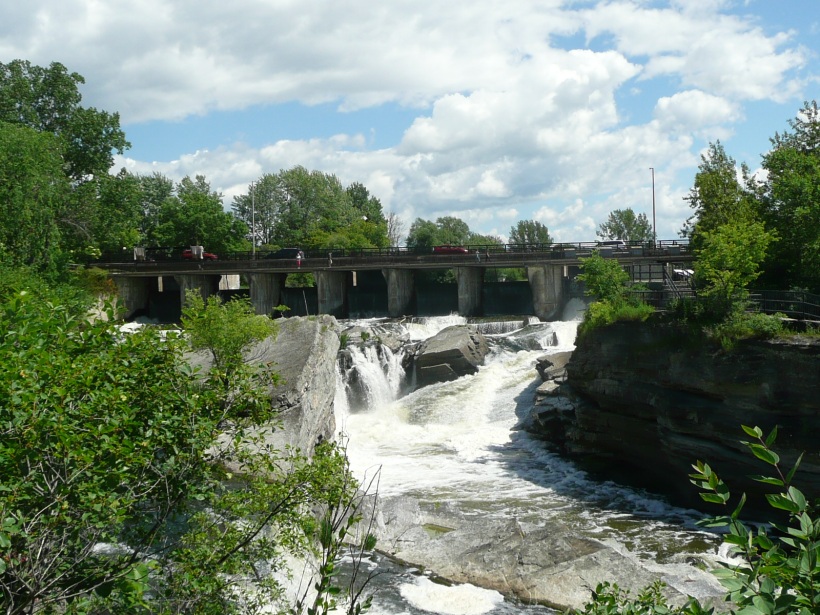 My commute home has me on that bridge. The other side is Mooney’s Bay, a more placid part of the river. It’s definitely a part of the commute where I don’t mind getting stuck in traffic! 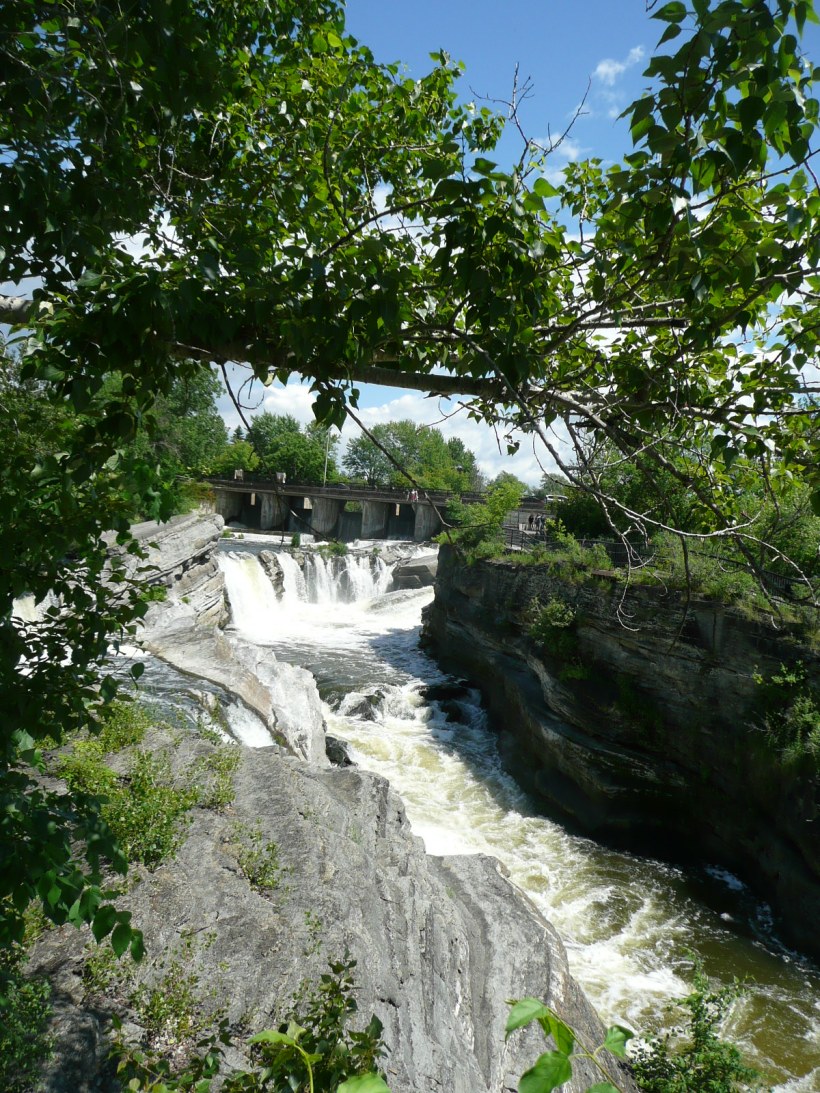 A bit of a different angle, taken a bit further down the path in the park.

Moving further along the falls… It’s not just the water that’s beautiful…check out all the different layers in that rock!

And now, past the falls, things have calmed down in this lovely pool! 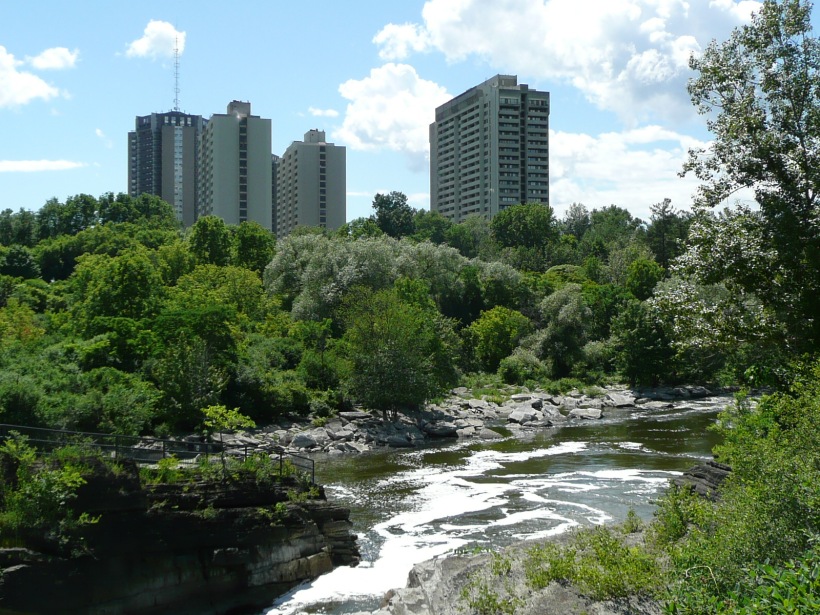 To really prove this is in the middle of the city – some apartment buildings nearby.

4 thoughts on “A mid-city treasure”